Australia-UK Free Trade Agreement Ushers in New Era for Trade, Investment and the Movement of People. 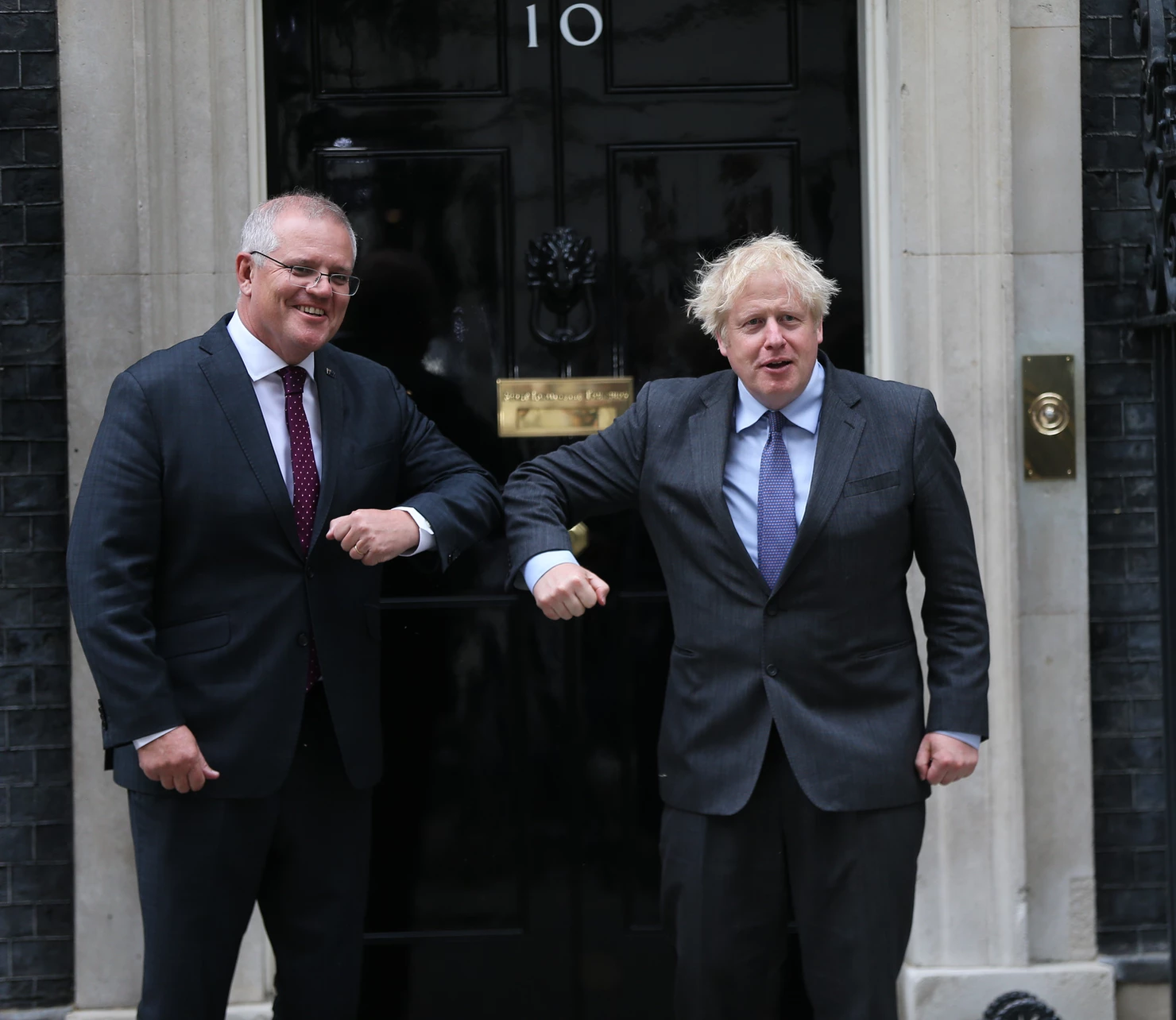 Despite a dismal performance by the England cricket team in Australia, Anglo-Aussie political relations are looking rosy after Australia and the UK signed a historic free trade deal that will see the elimination of tariffs on 99% of all goods exported between the two countries. The agreement, signed in a virtual ceremony by Britain’s Secretary of State for International Trade Anne-Marie Trevelyan and Australian Trade Minister Dan Tehan will take effect in mid-2022.

Prime Minister Scott Morrison praised the Australia-UK free-trade agreement saying it was “the right deal” for the nation. However, his opinion was opposed by unions who hailed the agreement as “anti-worker” because Australian businesses will be able to advertise roles to overseas workers without offering the job to Australian’s first. The landmark agreement also paves the way for Australian companies to compete for an additional $18bn public sector contracts per year, with ministers saying the deal will help boost the British economy and increase wages.

In 2018, trade with the UK was worth nearly $27bn, and this free trade agreement is expected to unlock another $10.4bn of trade and eliminate tariffs on 99% of goods. However, tariffs on Australian beef and lamb will be phased incrementally over ten years, similar arrangements are in place for Australian dairy and sugar. Australian agriculture minister, David Littleproud, said the quotas would “provide immediate benefits for our farming communities” who have been severely impacted by drought and fires over the past decade. According to industry group Meat and Livestock Australia (MLA), the agreement will diversify Australia’s export markets, offering opportunities and financial security for Australian producers. In addition, the Australian agricultural industry welcomed the extension of the working holidaymaker visa from one year to three years for UK citizens aged 18-35 years. Many back-backers work on farms during harvest time and are a valuable asset to the agricultural community; the extension will allow workers to apply for other visas while working and without leaving the country.

The deal will see taxes scrapped within the next decade and slash costs on British cars, confectionery, whiskey and cosmetic imports. The ambitious agreement is also expected to generate momentum for other trade negotiations and open new markets, a welcome prediction, particularly in the wake of Brexit. With up to 99% of Australian goods duty-free, Australia’s economy will receive a much needed shot in the arm when the deal comes into effect. However, COVID-19 still has a firm grip on humanity, and the entire supply chain remains in crisis, and as yet, disruptions to global shipping show no signs of abating. The cost of importing goods to Australia has soared over the past 12 months, and import delays averaging two weeks are expected to increase in the current climate. Companies now have little choice but to change their business model and adapt to the evolving situation as the Omicron variant wreaks havoc with positive cases skyrocketing daily. In addition, industry disruptions caused by changing isolation and quarantine requirements and industrial action at Australian ports place unrelenting pressure on importers and exporters alike. There has never been a more critical time for businesses to engage a trusted freight forwarder who understands the complexities of international and domestic shipping but who also understands international affairs.

Avion International Freight Forwarders are moving into 2022 proactively, with a reliable, responsive and robust approach to business that only highly experienced logistics companies can offer. Trusted by some of the world’s leading enterprises, Avion International is well-positioned to manage the expected increase in trade between the UK and Australia. Expertise and a vast international network of partners place Avion in an advantageous position to navigate any supply chain crises that may arise in the future. Avion recognises the importance of helping businesses realise their goals and is taking the necessary steps to make international trade easier and more profitable for all.

Supply Chain Brought to Its Knees Under COVID Pressure.